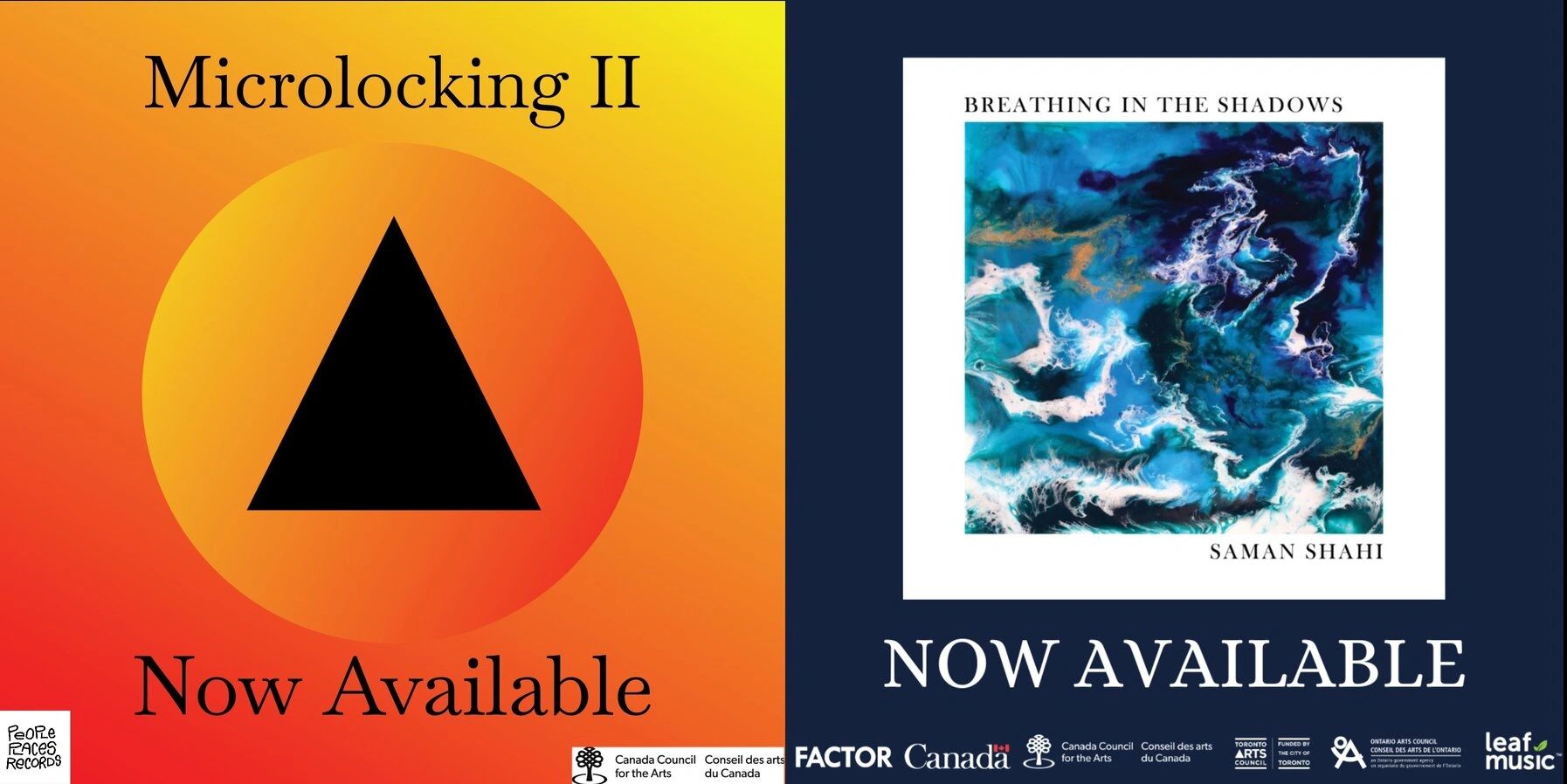 "Breathing in the Shadows"

Breathing in the Shadows is the debut album from Iranian-Canadian composer, Saman Shahi released in Fall of 2020 through Halifax-based label, Leaf Music. The album includes three song cycles, two of which are based on poetry by women from across the globe.

The second cycle “Orbit” is a work commissioned by tenor Fabian Arciniegas, set to the poetry of Serbian-Canadian Jelena Ciric. Winner of the inaugural Canadian Amatuer Musicians’ Association (CAMMAC) composition competition in 2019. Set within three movements, the poetry highlights the murky areas of human relationships.

In the third song cycle “Songs of a Wandering Soul”, Saman explores his musical identity rooted in his Western Classical training, minimalism, Contemporary Art music, Progressive Rock, Jazz and Iranian traditional music.  The music leaps back and forth between these worlds much like an immigrant trying to figure out a new place to belong.

Described as "Goosebump raising and spine-tingling" on its release day by the Musicworks Magazine,  "Microlocking II"  was Released as a single by the People|Places|Records label and performed and recorded by Andrew Noseworthy on Halloween of 2020.

"Microlocking II"  was commissioned in mid-2019 by electric guitarist Andrew Noseworthy and recorded during Summer 2020, following a lengthy workshopping and collaborative process between the composer and performer throughout the previous Winter season.


Described by Shahi as “an effort to fuse groove and microtonality with inspirations from both the contemporary classical methodology as well as Iranian traditional improvisation practices,” the piece serves as a sequel to the composer’s first Microlocking work for 6 detuned digital pianos and 3 pianists. Microlocking II picks up where the first leaves off by incorporating extensive electronic effects and performance techniques that the electric guitar is capable of including looping, pitch shifting, detuned harmonization, fretboard tapping and various layers of distorted tones.

Signed Copy of "Breathing in the Shadows" by the Composer-